is all witchcraft inherently antisemitic? no. is all witchcraft inherently racist? no. but some of y’all are toeing the line in your practice and it shows. Lilith is not your goddess. not Indigenous? smudging & white sage are not for you. don’t fuck with voodoo & hoodoo like it’s some free for all. Astrology has Jewish roots. and just.... dump your Wiccan books. it was founded in the 50s by a white man who patch-worked other cultures together. you can’t trust books about Wicca.

@hot_hokte_shit witchcraft is culturally important to so many communities. but so much of this new age shit is is must appropriation. i see folks who think they’ve filtered it out but haven’t. quit using shit that isn’t for you. goyim leave Kabbalah alone. it’s not for you. be careful with North American cedar it’s open but sacred to a lot of Indigenous nations here. do your thing but do your research first.

@hot_hokte_shit i didnt know astrology has jewish roots! im gonna have to do some research into this thank you for sharing

@felineforestmedicine it has roots there as well! there are multiple types of astrology, such as Vedic astrology which has its roots in India. other types of astrology have their roots in other areas of the world, and they all have a unique influence on the astrology we are most familiar with. Jewish astrology especially has significant ties! our calendar even corresponds uniquely with what sign the sun is in, despite being a lunar calendar. 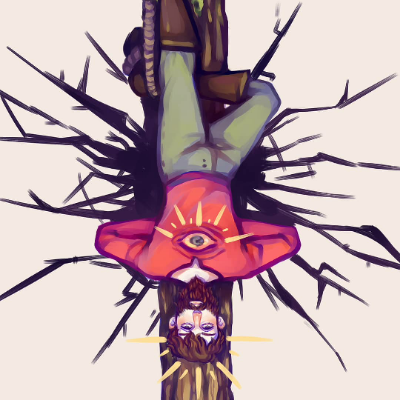 @hot_hokte_shit astrology has even deeper roots in being bullshit.

@BillionaireVoreEnthusiast in case anyone was wondering, taking the time out of your day to respond to “this thing has culturally significant roots in Judaism” with “yeah and it’s bullshit” like a week after it circulated is just the antisemitism talking! the more you know 🥰

@hot_hokte_shit “This guy dissed a Mesopotamian pseudoscience that has ties to an ethnic group I belong to. He must be racist against my people.” Is exactly the kind of stellar logic I would expect from someone who believes that the relative position of distant celestial bodies at the time of one’s birth have a fundamental impact on the characteristics of one’s personality. I shit on Mayor Pete too, so that must mean I’m homophobic, & have nothing to do with a critical view of his policy, right?