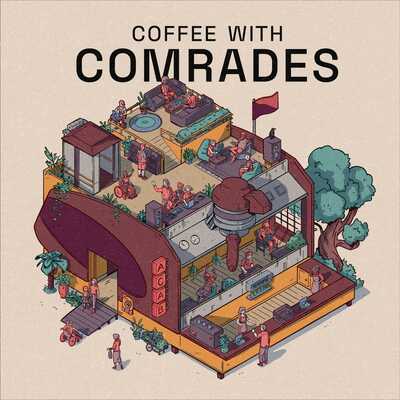 @coffeewithcomrades Hey, I just want to say that I heard an NPR program about Darwin and natural selection and how some other scientist pushed that theory (natural selection) towards the idea that every trait, even beautiful feathers, characterized a species because it somehow told their mates that they would pass on the genes the best. I couldn't find this show on npr.org nor the scientist who pushed this idea on Wikipedia, but I think the idea of the show was that scientists may actually believe or would have actually believed — if it wasn't for this other scientist, perhaps a slight rival of Darwin — that traits like beautiful feathers merely attracted mates' eyes rather than somehow signifying that they would be the best parent.

Also, your guests said that Darwin's ideas were based on prevailing capitalist ideas. I'm not going to disagree, but while skimming Wikipedia, I also noticed that Herbert Spencer was the one who applied Darwin's ideas to society (social Darwinism) and coined the phrase "survival of the fittest", which biologists feel is misleading.

@mu that's all def. fair, i think Herbert Spencer is certainly *more* to blame for the emergence of "social Darwinism" and its broad application to economics than Darwin himself.