These are available for a limited time only & come in a variety of colors & styles (including union-made shirts!). Get yours here:
bonfire.com/j25antifa

In case you're looking for some constructive ways to fight for reproductive rights in the wake of last week's giant (goose) step backwards, here are some ideas: http://bit.ly/RoeWYCD

In case you need some cheering up, here are some highlights from Ron “QAnon” Watkins’ performance in a recent debate.
https://www.msnbc.com/the-reidout/reidout-blog/ron-watkins-qanon-debate-rcna26627

Today = THE LAST DAY to pick up June's Antifa Shirt of the Month, which is OUR VERY OWN! Available in a variety of styles & colours (even UNION MADE shirts!); all proceeds go to the International Anti-Fascist Defence Fund.
GET IT: bonfire.com/antifaintl/

While the media has focused on the arrest of #PatriotFront in #CoeurdAlene, here antifascists report how they mobilized to push back against neo-Nazi + far-Right attempts to disrupt Pride + harass community members. https://itsgoingdown.org/antifascists-coeur-dalene-pride-report/ 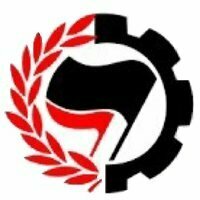 Just five days left to get July's Antifa Shirt of the Month - our very own, with all proceeds going to The International Antifascist Defence Fund. GET IT HERE:
bonfire.com/antifaintl

The U.S. Department of State designated a Nazi from Sweden as a terror threat due to affiliation with the Fascist group "Russian Imperial Movement" (RIM) alongside two other Russia-based persons.
https://home.treasury.gov/news/press-releases/jy0817
Anton Thulin, "for his continued pursuit of terrorist training, even after serving his prison sentence for his 2017 attacks in Sweden, which demonstrates that he continues to be a terrorism threat"

Anton Thulin was part of a trio of Nazi group NMR-affiliated on a bombing spree against refugees and anarcho-syndicalists in Gothenburg. The trio had all gotten military training by RIM outside Saint Petersburg, as has many other Nazis and other Fascists worldwide. Anton is seen to the left in the picture from the RIM camp.

During the trial for the bombing spree it became known the State Security had watched the Nazis buy the bomb materials, followed them through a forest to see them plant a bomb under a refugee's housing and then the Security Service chose to not warn anyone or do anything about the bomb, which was instead found by coincidence, as https://b9ace.noblogs.org/post/2018/03/07/nazis-placed-bomb-in-spite-of-swedish-security-service-surveillance/ reported by Sweden's Public Service radio at the time.
The prosecutor in the case decided to refuse bringing any charge of "terrorism" for consideration by the court, because they were not a danger to the State.

no, cops did not save the town of coeur d'alene from a bunch of fascists. cops will always present themselves as the heroes of any story

patriot fail are bigots but they're optics obsessed so they likely would have just marched for a few minutes before scattering as cowards. cops did not prevent a massacre

we protect us from fascists

cops are not our friends 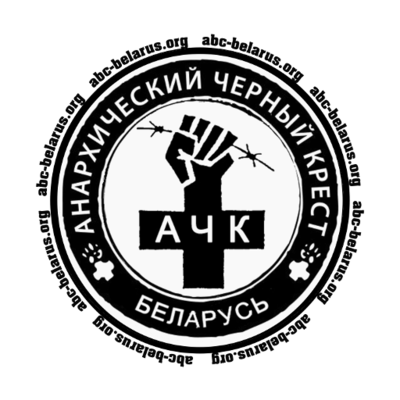 1 day left in our fundraising campaign. This is literally the last possibility to support it. We managed to collect 40% out of 100% and still believe in magic of solidarity!

With 14 000 euro missing and 2 days left in our crowdfunding it is highly unlikely that 25 000 will be collected. If we do not reach the goal we will get no money at all, so pushing and donating right now is very important!

"The [YJÊ, YBŞ, YJA-Star & HPG] guerrilla resistance is a fight against fascism. Guerrillas defend not only Kurdistan, but the entire Middle East and humanity. […]
That's why the entire humanity should embrace this struggle. […]
As the Yazidi community and people of Shengal, we are witnesses of massacres. We witnessed in 2014 who defends freedom and who the dictator is. When DAESH (ISIS) gangs attacked the Yazidi people in 2014, KDP peshmergas and Iraqi troops abandoned us, while guerrillas came to our rescue.",
said the locals' Democratic Autonomous Assembly of Şengal/Sinjar, home of the Êzidî/Yazidi people
https://anfenglish.com/kurdistan/shengal-autonomous-council-the-entire-humanity-should-embrace-the-guerrilla-struggle-60496
ISIL's attempt was the 74th genocide against the Êzidî people through history https://www.hawarnews.com/en/haber/for-extermination--it-was-not-the-only-in-yazidis-history-h18262.html currently resumed by Erdoğan.

Meanwhile how Turkey is attacking the peoples as a revenge for defeating its partner ISIL was once again pointed out, this time by the co-chair of the Nature and Local Administrations Board of the Autonomous Administration of North and East Syria ("Rojava").
https://anfenglish.com/rojava-syria/turkey-wants-to-avenge-isis-60499

Police in northwest Idaho arrested 31 affiliated with the Fascist group Patriot Front from at least 11 states for conspiracy to riot near a LGBTQ pride event on Saturday.
https://www.reuters.com/world/us/members-white-nationalist-group-charged-with-planning-riot-idaho-pride-event-2022-06-12/

Winnie the Pooh is antifa.

Far right smears against LGBTQ+ people as "groomers" or "paedos" = projection. Here's a list of 80 far-right extremists with histories of child predation, many of whom are still actively involved in/supported by the far right:
https://antifainternational.tumblr.com/post/170045856829/our-updated-list-of-racists-bigots-far-right

antifascismo There is nothing here!

antifascista There is nothing here!