A guy in a chair, not THE guy in THE chair.

For struggling YouTubers, this is for you!
https://youtu.be/Ej0Kijd4_4Q

Cringe and memes posted at 3:00 est each day!

To all who are starting up or operating in a cooperative community/commune and looking for guides on how to do things like cooking, electronics, medicine, DIY, coordinating between other autonomous communites and more, HMU in a PM.

It would be my pleasure to help those laying the foundation for a better tomorrow.

What is with this goddamn pseudoscience!? Am I dunning-kreugering or are they? Wtf

WTF is this I don't even

More anarcho-dogmatist cringe. It's not Jocque Fresco's fault he interpreted anti-capitalism as fascism, it's his own. It's because of people like him that he decided that he didn't want to be considered a communist. That, and McCarthyism. This guy might not be a fascist "anymore" but he's still is a dipshit.

This is what you should do typically to a billionaire, but klansmen are fine too.

I caught a crypto-fascist in the non-compete server. How the hell do trans Nazis exist? Also, lol at the kid defending a hypocrite who wants them to die in the 3rd pic.

So there is this video showcasing all of the ways that dirlewanger (the worst nazi besides hitler and his administration) can die in the Hearts of Iron 4 mod, the New Order. I made up another way. 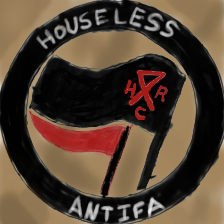 and the fact it's kids we find protecting this place of utmost importance. After 3 days were exhausted and could use some backup from those capable of physical resistance. We could also use donations as we are spending quite a bit on the camps needs. (They can put away some weed) cash app $radicalcamping or online at pdxhrc.org/donate. Thanks

ANY COMRADES I PORTLAND OR. A homeless youth camp has been repeatedly attacked. From slashing tents to beatings to literally running over tents on the sidewalk with people in them. Our collective has been organizing defence for three days not. The runner over got got last night but fled his wrecked car on foot. Chad's have been lighting tents on fire across town. We'd wish they could all be protected but it's not possible. This youth camp has taken more then their share of violence for that

Here's a continuation of anarcho-dogmatist ignorance and my response to it.

Here's cringe from a a Discord server I'm a part of still. While I disagree with the Venus Project takes on communism, I'll still probably stand with them if the state decides to use violence against them, unlike these anarcho-dogmatists. They seem just as ignorant.

Some people see the NPC meme is problematic even if it got coopted. Not me, though.

This is cringe from ThuggySmurf, a modder for games made by Bethesda. The first pic is from his mod "Diary of a Madman".
There's even worse shit in his Discord server (pictured in post). One moderator (purple name) acts tolerant by the use of a racial slur, even though the server has a rule against the bigotry.

There was even a Nazi in the server who made jokes about Japan being nuked, killing communists, and acid showers among other things.

cop ready to riot in mpls

Police officer ready to go to battle against 100-200 people protesting the murder of Winston Smith in Minneapolis right now, has his nametag (which is in this place on all standard MPD uniforms) covered by a fascist thin blue line patch.

This is cringe from Aaron of re-education's Discord server of all places.
It would be a real shame if this Capitan Alatriste guy and all of the central bankers got classicided in a video game. 😉

Any Chilean comrades here? Fun fact to those who don't know, people were so upset with Pinochet being preserved that they took his body off display and cremated it to prevent future vandalism. Lol 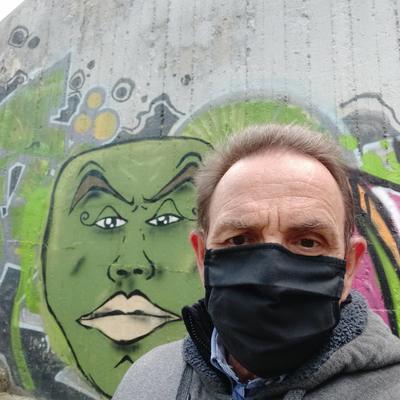 I'm not sure if this counts as a meme or cringe, but this was from the Rwby alternate Fanfic Discord server. The cringe is there's a guy called Huey Long on the server, the meme is that I tried to upset him by mentioning the fails of Nazi German engineering.

Milo gives us a coded message in a rant about leaving white supremacy behind (I guess).

A guy in a chair, not THE guy in THE chair.